Spring is just around the corner, with good rains to start off the season. We had a very busy weekend, with our usual ‘fifth Saturday of the Month’ guided walk followed by our ‘first Sunday of the Month’ weeding and morning tea, all in one weekend. Here are the pictures of our beautiful bushland as it gets started for the season… 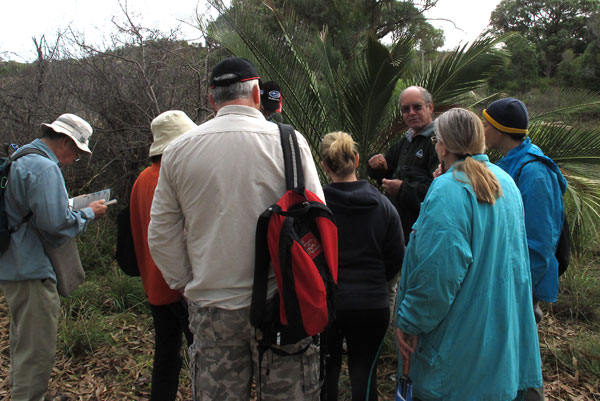 Zamia cycads are ‘blooming’, with this one a male plant of Macrozamia riedlei. Dave explains, and the next day we saw some good uses for Zamias… see below… 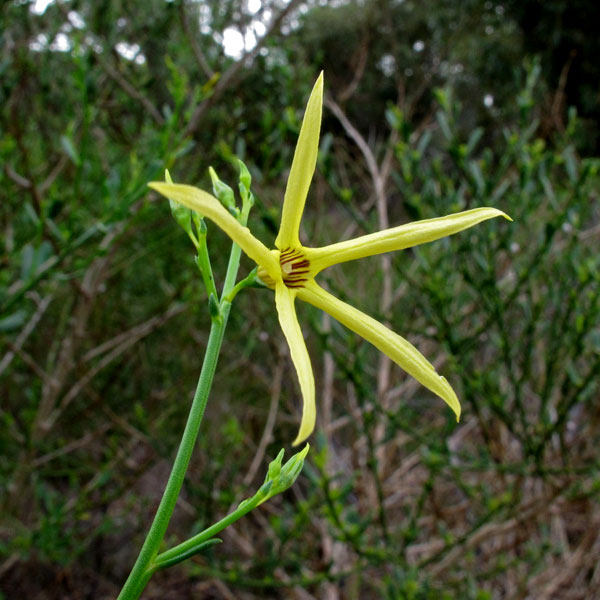 Firebush – Anthocercis littorea – is forming huge hedges of very large plants, and lots of blossoms in the area west of West Coast Highway. 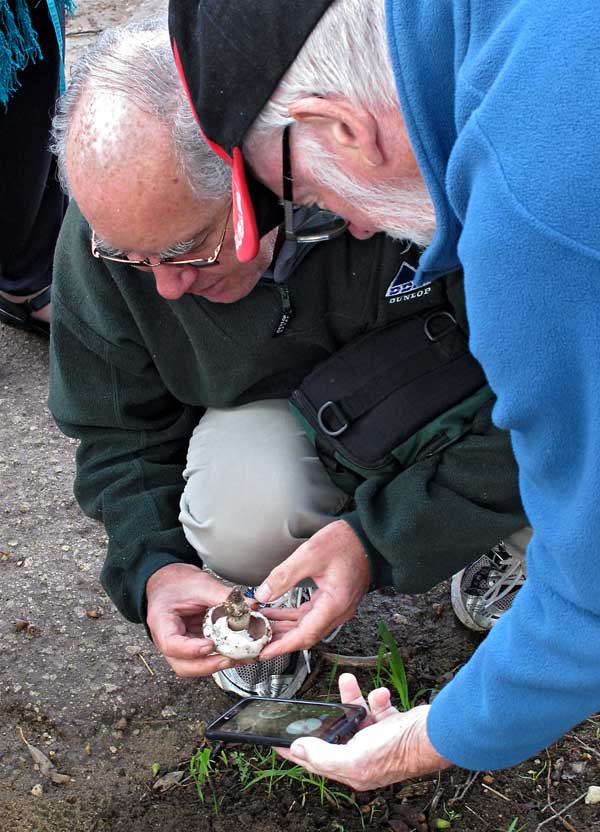 There was lots of fungi. Dave and Ian examine the gills and caul on this specimen. 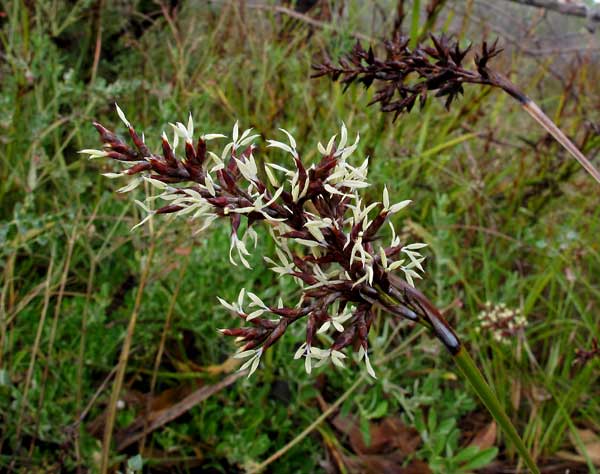 Many sedges are in flower at this early point in the season, and they have quite unusual and arresting flowers. This one is probably Lepidosperma squamatum. 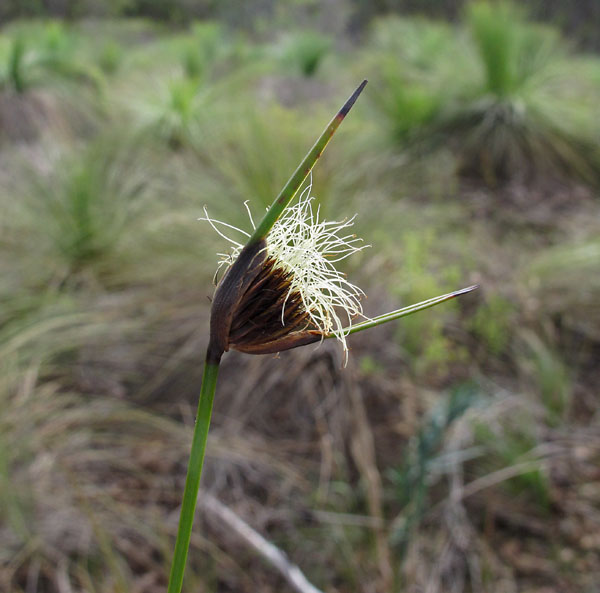 And here is another, the Semaphore Sedge – Mesomelaena tetragona. 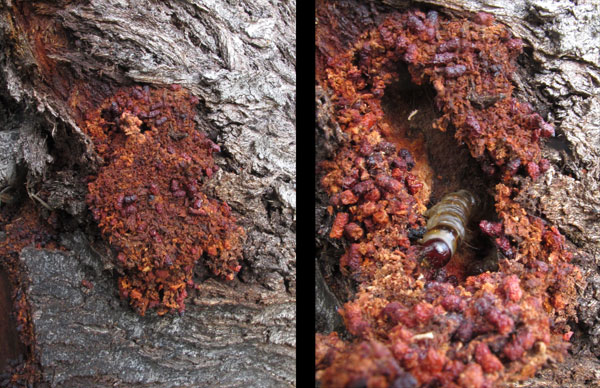 Ian found this fascinating gall growing in a tree. It exudes a substance which forms a protective cover. On the right, the cover has been folded down to show the little fellow muching away inside. It folded right back after the photo was taken. 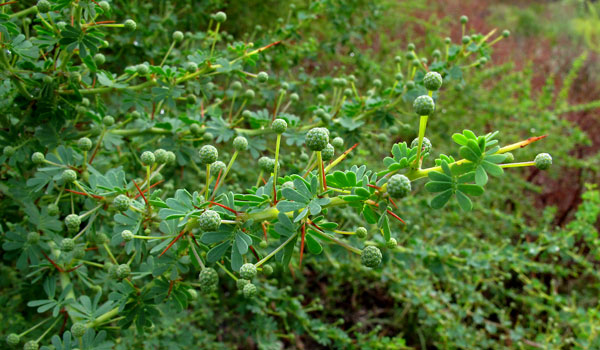 Spring is DEFINITELY on the way! The Prickly Moses is covered with buds. Its going to be quite a show… 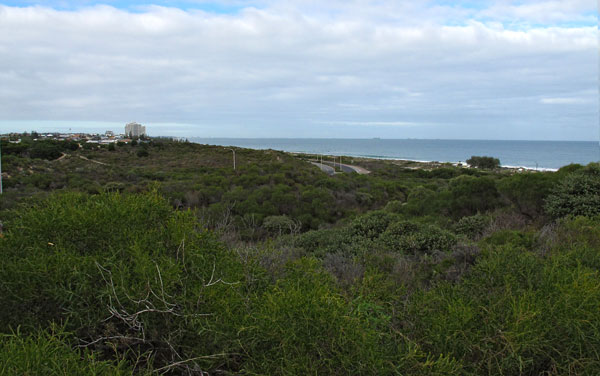 This is an amazing view of Trigg Beach which you can only get from Trigg Bushland. It is a rarity in Perth – uninterrupted views of the Indian Ocean, without a building to mar the view. Sadly, the City of Stirling has been toying with the idea of building a multi-story restaurant right in the middle of this pristine scene – near where the waves are breaking. 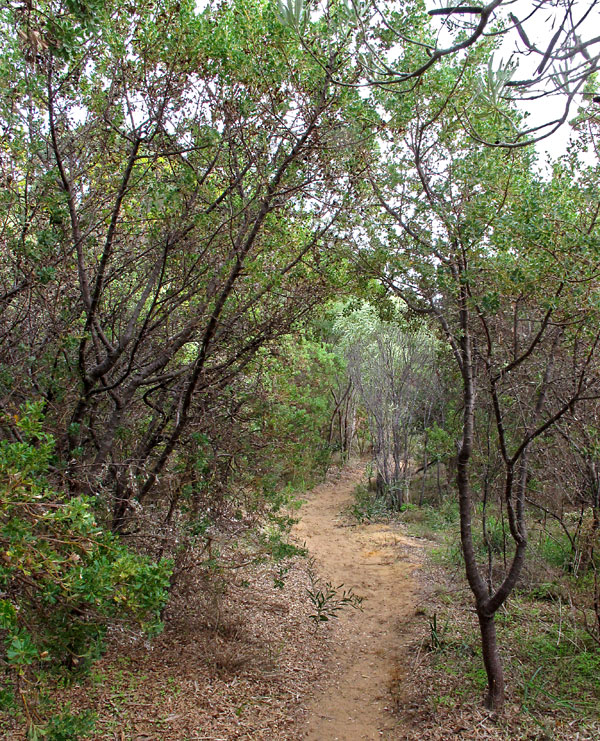 On Sunday, we weeded along the central ‘nature trail’ sand track in the Duart Arnott part of Trigg Bushland. This area shows the amazing progression of plant growth from the fire in 2001 which virtually decimated this part of the bushland. In the immediate few years following, this area was a sea of low growing Prickly Moses wattle, and virtually nothing else. Eventually the wattle died of old age… and underneath the juvenile Dryandra plants were exposed. They have now grown up to be a small Dryandra Forest, and are regularly visited by hungry black cockatoos – hence the name, Parrotbush, or Dryandra sessilis (now Banksia sessilis).

Well done to Pippa for spotting what looks to be the first orchids of the year… just coming out. Probably one of the mignonette orchids. Could be a good orchid year coming up!

OOPS! We’ve gone back to find a more mature specimen… and its not an orchid at all, but Lomandra preissii. Like its relative the Prickle Lily (Acanthocarpos preissii), it is a member of the Asparagas family. Though it doesn’t look it! 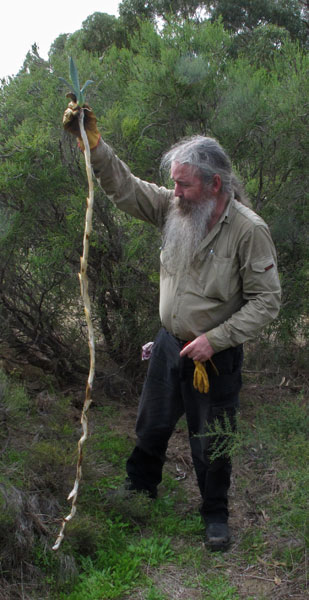 Mitch found this tiny yucca coming up in a patch that he had dug out last year… and look at the root on it! Thick and strong, and much longer than the tiny plant in his hand. 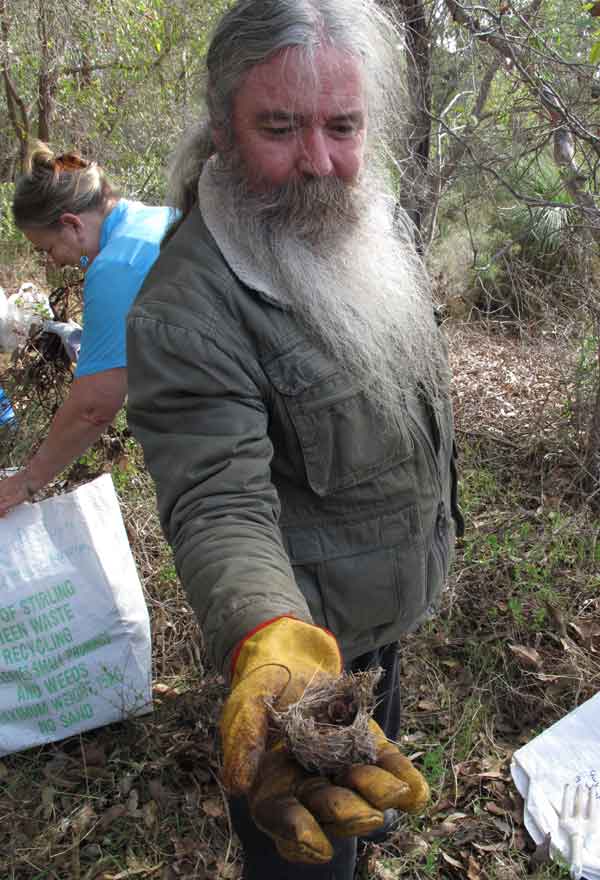 It was Mitch’s day for finding things… this time a tiny little bird nest, left over from last year. Soon to be identified, we hope…

And here’s a closeup… the interior of the nest (under the leaves) is lined with Zamia wool, the very soft wool-like substance found in the crevices of the zamia cycad leaves. Its an amazing substance, just as soft and springy as wool, and just what a young fledgling needs to make a soft and warm home.

Come join us for weeding or a guided walk some time!